If the events of recent years have proven anything, it’s that Britain has cured itself once and for all of racism. But imagine if you can, dear reader, imagine a time not so long ago where racism and xenophobia were rife, mainstream politicians espoused overtly nationalist sentiment and the people of this country were divided and fractured, with left and right never so far apart. It’s hard, I know, but stay with me.

Back in 1980, following the success of the miniseries Roots, ITV fancied a crack at something similar, this time about the black experience in modern Britain. The police drama was a staple of the schedules back then, as it is now, and so the ATV production of Wolcott would serve as both straightforward cop thriller and social drama, thereby hopefully appealing to a wide audience. It didn’t happen, and Wolcott (broadcast over consecutive nights in January 1981) would be largely forgotten until its release on DVD and Blu-ray a few years back. Even then, that release hardly headed to the top of the charts or garnered much interest. It’s an unfair fate for a series that, whilst not an all-time classic, is definitely very good and worthy of much more respect. So let’s explore why with a spoiler-free appraisal of some reasons Wolcott deserves a lot more love.

The series begins with our central character, beat police officer Winston Churchill Wolcott (played by George Harris), foiling a robbery in spectacular style. When this gains some column inches the Met bosses take the cynical opportunity to address the force’s poor image in ethnic communities by promoting him to CID as the first black detective, which suits the ambitious Wolcott perfectly. Harris is excellent as the driven Wolcott. He’s part of nothing, not even the force he works for. Motivated by that ambition but also his own sense of right and wrong, Wolcott distances himself from his cousin’s attempts at community engagement (he runs a community centre), and the gangsters who would appeal to his cultural heritage to corrupt him. For Wolcott, he believes he can genuinely make a difference by solving crime and being fair doing it. Of course, no one trusts him in his community, viewing him as a traitor, but equally Wolcott considers them fools who destroy only themselves while those responsible escape justice. As written by Barry Wasserman and Patrick Carroll and played by Harris, it perhaps didn’t help audience engagement in that Wolcott isn’t exactly a sympathetic protagonist. He’s aloof to other’s memories of his proud father (note his full name), his heritage and their assessment of what he should be doing. The other side of this is Wolcott’s almost disinterested reaction to the racism he encounters, most notably in the form of openly prejudiced plod Rik Mayall. Equally, he’s suspicious of Christopher Ellison’s far-too-nice DI colleague, probably for good reason. When the contained, coiled Wolcott does explode in response to events its rare but potent, and not always in a way that endears him to you. Although Wolcott in terms of fashions and music is very much of its time, it’s these elements that demonstrate modern ‘cinematic’ television doesn’t have the monopoly on complex and challenging central characters.

Early in the first episode, the murder of an old lady on an estate proves the catalyst for all that will follow. It takes Wolcott on a journey through corruption that shows those within his community that purport to be allies are nothing but and that the public was right to be concerned about the police meant to be protecting them. Agreeably however, Wolcott does this in subtly different ways to those you might expect. Mayall is a fringe performance in all this, and though race and racism (along with plenty of associated derogatory language) are always at the forefront of the narrative, it’s never clumsy or obvious. As Wolcott investigates the murder he gains an uneasy partner in journalist Melinda (played beautifully by Christine Lahti), someone who presents herself as a friend to the ethnic communities, but someone who again Wolcott is suspicious of. It’s in this relationship that Wolcott explores issues that still persist to this day. The way these two challenge each other feels real, genuine and determined to push past the traditional ‘love interest’ other, lesser writers would have reduced Melinda to. Warren Clarke shows up as the owner of a ‘legitimate business’ which is well known to be a front for much dodgy dealing. Through his actions, his character in a way represents the worst of the white privilege the show suggests will ultimately be the undoing of everything Wolcott, his cousin and the aggressively ambitions club owner (and ruthless gangster) Reuben Warre are each trying to build unless they can extract themselves from his orbit. Wolcott manages to take stock characters and spin them in interesting directions. Some do what you expect they might, many do not, and in amongst all of this Carroll and Wasserman find time to show a glimpse of humanity in everyone, even Mayall’s cartoon racist. It’s the early eighties too, so we get cameo appearances from the likes of Alexi Sayle and Keith Allen as two sides of the polarised national debate, duking it out in words at a street market. Wolcott isn’t always subtle in its approach, like the man himself, but the extended run time and serialised nature of the show means it’s never jarringly blunt.

As a piece of television it’s powerful now as it was then. In the first half of the eighties, Britain would experience several race riots (a number in the broadcast year of 1981) and the bubbling undercurrent of discomfort and barely restrained fury (most of that from Harris) that powers Wolcott is palpable. So much has changed but too much remains the same, and what Wolcott had to say about us then remains sadly, disturbingly relevant. It’s also, should you wish to enjoy it as such, a throughly good example of a gritty police thriller you can get stuck into. Along the way there’s plenty of intrigue, double-dealing and in the later episodes some tough, bloody and brutal action as it builds to a powerful, satisfying conclusion. Harris is outstanding, giving a performance of depth and soul and never once trying to soften the character’s harder edges. The supporting cast is equally excellent with no weak link. It’s a very good series that should have more people who know about it. How it reflects us back as ourselves and challenges us to ask difficult questions was important in 1981 and important now. In these days of home media and streaming abundance television that is entertaining, edifying drama like Wolcott should never be forgotten. It’s available on both DVD and Blu-ray from Network for not very much, and although the release has no extras, it’s something we very highly recommend you check out. 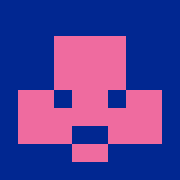