In the days after the Nintendo Direct livestream for the Nintendo Switch, it’s no secret that the company provided potential buyers a peek into the new console’s lineup for 2017 release. We’ve covered the console as well as some of the games on display, but information continues to trickle out concerning the new IPs, new games, and hardware speculations. One facet of the Switch, however, remains mysterious in its intentions: the console will launch with Bethesda Softworks’ 2011 title, The Elder Scrolls V: Skyrim. This fact has shocked and baffled most of the gamesphere, as emphasized in chiding article titles like, “Nintendo Switch is officially getting Skyrim, duh” and “The Nintendo Switch Sounds Woefully Underpowered.”

And why wouldn’t it confuse people? A game that’s almost six years old, emerging with seemingly no modding capabilities and on the potential cusp of a new Elder Scrolls title, is at the forefront of a launch console? What does this all mean? After investigation, it should be apparent that the game belongs to the Nintendo Switch’s opening lineup for more reasons than what is initially perceived from the showcase event.

Nintendo’s choice of Skyrim is not simply to appease fans of the series, offering a critical success of an adventure-RPG to persuade the supporters into buying this new console that the company peddles. While that may work on a select few, the vast majority will find that their initial purchase, whether on console or PC, still suits them well. Skyrim does not exist as just another reason to buy the Nintendo Switch; rather, it exists as proof that you should buy the Nintendo Switch, as the game’s presence foreshadows the abilities and future of the console, with parallels to Nintendo’s future as well.

Firstly, while the game may be considered last gen, it is still gorgeous and a marvel of landscape design. Bethesda’s design team for Skyrim was helmed by Bruce Nesmith, Kurt Kuhlmann, and Emil Pagliarulo, and they did a fantastic job of creating environments that are as breathtaking as they are unforgivingly lethal. The amount of detail in Skyrim for general release (ignoring the graphic overhaul released October of 2016) appeared to be a benchmark for games to come, as it would be a challenge to create a world more diverse and topographically intense. Years later, A-list games seem to have met or exceeded that benchmark (The Witcher 3 comes to mind), but the massiveness of the playable terrain still exists as a precedent. The Nintendo Switch’s claim to not only handle the world of Tamriel, but improve upon its graphics, is a truly impressive promise. See how the two games compare, between the original and the projected Switch version, in the image below.

Skyrim also traipses into the prestigious guild of Nintendo’s 3rd party support, and this connection isn’t just like another FIFA or NBA title. A collaboration between Bethesda and Nintendo proves that Nintendo’s new console won’t just be a Nintendo machine for Nintendrones. Companies like Bethesda could prove exciting, as it is flexing the power of Nintendo’s hardware with the added bonus of introducing a new sense of inclusiveness to other companies. Plus, now that the gimmick of motion controls has been downplayed, the console may be appealing to people who just want to play games of all types. It may prove profitable to have the inclusiveness of a game console paired with the exclusivity of Nintendo’s cash cow characters. With Bethesda on board, future companies may look to have their game on the console as well, proving that the Nintendo Switch could have more launch power than previously thought.

While most companies would start with a more recent game, Nintendo has proven to be broadening their reach with the release of Skyrim for the Nintendo Switch. Skyrim is an appreciable and recognizable gaming symbol, an olive branch extending to gamers and game makers alike in order to call attention to the console’s potential. To have the game on this brand-new console is a feat that those who look deeper into the system will recognize, as it exists as a testament to how cool a “switched-up” future could be. 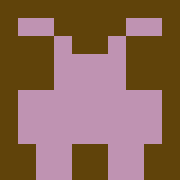 John Farrell
Friend of gamers, roleplayers, and audiophiles, John (Jack) is a screenwriter based out of the US of A. He has done work with GameChops, an electronic/chiptune music label, and is working on two animated series with his friends.