Too Soon to Fail: A monthly look at underrated, underscored, and underselling games from the past (recent or otherwise)!

The memories of Saturday mornings eating cereal made from compressed sugar and future regret should be something that every adult reflects on at some point during their week. Especially when the work week wears you down to the point of absurd exhaustion and incomprehensible responsibilities. Sometimes it is nice to find that the needed release valve which lies within the rose colored glasses of the beast we call nostalgia. Well, if you’re like me or the thousands upon thousands of children who grew up with robots that had an inexplicable ability to turn into vehicles, then one of those memories is the wonderfully cheesy Transformers series.

As of late, there have been big screen adaptations of the Autobots and Decepticons filled with loud explosions and muddled action; video game tie-in properties to the aforementioned films; and even new television shows with their own video game adaptations. However, until 2015, no development team had the insight to try to capture the current gaming audience, made mostly of the 30 plus crowd, with a snippet of their past.

Platinum Games, the developers behind MadWorld and Bayonetta, decided to make the dream of every 14-year old from 1986 come true by creating the penultimate adaptation of the legendary 80’s cartoon, Transformers; and no one paid attention.  With sales of 220,000 worldwide (approximately one year after its release), and talks of Platinum Games heading towards the fate of many small developers, it would be a shame for Transformers: Devastation to get lost to memory. Maybe it was the launch price, or maybe people were still reeling from the cell shading in Windwaker, but whatever the case may be, this title should be considered a contender for your time; and now, with T:D being included in October 2016’s PS Plus titles, there is no better time to revel in its glory.

Transformers: Devastation starts like any episode of the 80’s phenomenon: something bad happens, the Decepticons are involved, and it’s up to the Autobots to put a stop to the nefarious plot. It is that simple and straight forward, and it’s exactly what a Transformers game needs to be. There is no reason for convoluted threads to get in the way of my robot on robot violence, when the true pull of any Transformers related property is crisp, clean robot action, with the occasional moment of levity thrown in to break up the super serious tone of characters like Optimus Prime.

What comes after the intro is nothing short of a miracle. This is the cartoon come to life. From the crisp animation, to character personalities, to transformations, to weaponry, the entire experience of Transformations: Devastation feels like playing through an entire arc of the television show. In fact, in many ways, T:D is kinder to fans of the show. I’m not saying the show is bad, and I’m not saying it’s great, but what I am saying is that time has not been a friend to the Transformers of yesteryear. However, by playing through T:D I get to relive the television show just how I remember it without having to be disappointed.

Outside of the nostalgia factor,  there are additional elements that make Transformers: Devastation worth the time and effort it takes to work your way through the story. If you’re a casual gamer, the easier modes of the game allow for a fun and relaxing experience filled with hack and slash action, wherein there is little focus on weapon choice or power-ups. On the flip side, if you’re like me, someone who plays games to be challenged, then the upper echelon of difficulty modes allow for a surprisingly strategic challenge of relentless battles. These battles are not, say, Demon Souls difficult, but they do distribute the challenge and create unique boss encounters that give a sense of accomplishment.

In addition to the story mode, there are also challenge modes that allow you to take the various members of the Autobots and push them to their limits against swarms of enemies. With the combination of weapon upgrades, a unique (although limited) attachment creation, and the ability to take several characters through the story mode on various difficulties, there is more than enough content to keep gamers, casual or otherwise, entertained.

Once the day is done, and video game historians (yes, it’s real) reflect on smaller titles of past generations, Transformers: Devastation is not a game that will be overlooked. Between the animation, the game play, the incredible action, and the surprisingly deep challenge, T:D is more than worth the time.

William Daniels is the host of Behind the Pop: Exploring Pop Culture Piece by Piece, and 2 Dudes Meet Girl Meets World. He can be found on the interwebs at www.behindthepoppodcast.com or @behindthepoppod! 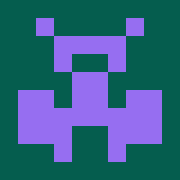 ‘ToeJam and Earl: Back in the Groove’ Will Appeal to Old and New Players Alike

Defending the Realms: Why We Need a ‘Mortal Kombat’ Cinematik Universe