0
At last, a throwback that doesn’t overdo it.

When I first heard word of a ToeJam and Earl sequel, I didn’t hold my breath. Fresh off the back of numerous disappointing reboots, I feared this one would only leave me reaching for my Mega Drive instead. It seems so many revivals are intent on sexing up the past beyond recognition, leaving only a ghost of the original game.

Thankfully, HumaNature Studios’ Back in the Groove doesn’t do that. Much of the appeal of the original game is left intact, with only a few tweaks and enhancements – enough to bring it into the modern gaming arena without being wholly unrecognisable.

Not everyone sees that as a positive. Since the game’s release, several reviews have criticised its light touch as a lack of innovation and a wasted opportunity to overcome the restrictions of the 90s. Personally, I disagree; it’s just not the kind of game that’s going to age or look dated – particularly as there’s little to compare it to today. It plays perfectly well as a casual, exploratory adventure that doesn’t warrant hardcore graphics or enhanced features. Secondly – as is my mantra with all reboots – make too many changes and you may as well just make a new game instead.

So I was pleased to see that legendary heroes ToeJam and Earl are the same laid-back, hip-hop-loving aliens from 1991, with a slight makeover. There’s also the option of playing with the ‘old skool’ sprites, and five other characters inherited from the earlier games (making for fun multiplayer options). Their predicament is the same; thanks to Earl’s overzealous button-pressing their spaceship has crashed on Earth once again, and they must locate 10 missing ship pieces to rebuild the Rapmaster and get home.

The roguelite gameplay is essentially unchanged: gather presents containing a range of handy power-ups (and sometimes power-downs); avoid an assortment of psychotic enemies; and munch on fast food to restore health. All at your leisure of course – as I’ve said, this isn’t a typical roguelite but rather a chilled jaunt through a strange world. Have some fun and try not to die in the process.

Even the randomly-spawning telephone that unlocks pieces of the map is still there. It’s these totally bonkers features that are key to the franchise’s charm – I mean, in what other game could you say you got hit by a tomato-wielding chicken, run over with a shopping trolley and eaten by a sentient mailbox? That you then paid a wise carrot to identify some of your inventory, and recruited an opera singer to sing your enemies to death?

All the original antagonists are back – lil devil, insane dentist, stupid cupid and that highly annoying mole who steals presents. Added to the mix are some very apt 21st-century tropes including the insult-hurling internet troll, clipboard volunteer and my personal favourite, texting person (textingus idiotus). While it might seem like complete nonsense most of the time, the consistent comedy and satire holds it all together.

Apart from brightening and colourising the graphics to epic proportions, the level design is largely unchanged. I can’t help but feel another developer might have really shaken things up and compromised what makes ToeJam and Earl so great. Instead, they’ve kept the best bits. I’m glad, for example, that the side-scrolling element of Panic on Funkotron isn’t a feature – this never felt like true ToeJam and Earl, and I suspect it would be even less appealing to today’s tastes. The open-world format of Back in the Groove sits comfortably in today’s gaming market.

Sure, there will be things you don’t like. For me I can sum these up in one line: the gnarly evil lifts that take you down a level instead of up; the jammin’ minigame that’s more like a Playstation dance mat than the original beatbox challenge; and the fact that it’s all still a little slow-paced. There’s also a bit of a wait between levels, characterised by the original elevator sequences that presumably were there to handle loading times, and aren’t so necessary now – but again, it’s a nice throwback for seasoned fans.

While very little has changed, there is an online co-op mode. I joined a game and found it pretty fun – it’s basically the same as local two-player mode, and a nice option if you’re lacking a buddy. Given the increasing difficulty of the levels, co-op can be a saving grace when the screen fills with enemies and you’re running out of health, and the different split-screen options are a nice touch too. It’s also fun donating ‘gifts’ to other players and watching them cope with persistent rain clouds or uncontrollable gadgets (smirk). Any more than three players and it gets a bit crowded, but simple two-player co-op mode can be a good introduction for new players.

On that note, one of the game’s strengths is its potential to appeal to nostalgia-seekers and new players alike. Few old games can achieve that in their original form, but the concept and design of ToeJam and Earl is such that it happily sits outside of the parameters of time or even genre, and this is why it doesn’t need major revamping to hold up in 2019. Players of the 1991 game will delight in the familiar gameplay and feel, and newbies will get just as much out of its originality. Paradoxically, it’s both a timeless classic and a refreshing new release.

So power hats off to Greg Johnson and the team at HumaNature Studios, for having the balls to retain the original game’s appeal and resist tinkering with a winning format. Back in the Groove takes a celebrated game and gives it new life – and costing £16.99 at most, it’s a funk-filled steal. 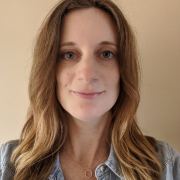 Defending the Realms: Why We Need a ‘Mortal Kombat’ Cinematik Universe