Whether you’re a fan of the Resident Evil film franchise or you wish Hollywood would leave video games alone, you have to admit that it has managed to produce five films is something of an achievement. Well earlier this evening, Milla Jovovich posted a teaser for what will be the last time she will fight the dead in the upcoming sixth instalment entitled The Final Chapter.

In this last instalment, Alice (Jovovich) returns to Raccoon city in one last attempt to prevent old enemies Umbrella from bring the world to the the brink of oblivion. If anything we can expect to see some mutated dogs, some reference to the video games, Alice skilfully jumping over lasers and most likely Albert Wesker with slick hair and shades.

The Resident Evil film franchise began in 2002 and subsequently saw sequels with 2/3 years in between up till 2012. Five years on from and the series is now going to come to an end, which actually means it has ran for longer than even the likes of the Harry Potter films. Love them or hate them, this marks the end of an era, so let’s just hope they don’t decide to reboot it in 2020. 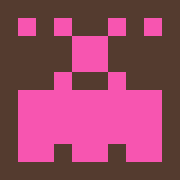