Regardless of their impact on popular culture, celebrities get paid. Seriously paid. Some earn money most of us could only dream of. Others could support a small country’s economy with one year’s wages. The combined wealth of a handful is a platform for politicians and activists to yell from their soapboxes that none of this is fair. Of course, it’s not fair. Why are we surprised?

A recent Vanity Fair article detailed the upcoming pay cheques that some of the world’s biggest actors received for their work on films both prestigious and unnecessary, on everything from the next instalment in the Bond Franchise, to Minions. Daniel Craig, of course, topped the list with $25m to appear in Bond 25- one million for every single film. It’s an astounding figure.

One can’t help but wonder whether this particularly figure was negotiated after his infamous 2015 quote about reprising the famous spy- that he’d rather ‘slash [his] wrists than play Bond again’. With enough money, anyone could be convinced to do anything. I don’t know many people who wouldn’t entertain the thought for a cool twenty-five million. Bond was his career defining role, and though after four films it could become monotonous for the actor, to effectively want to burn the suit as quickly as it came on is biting the hand that feeds. Craig has no future projects past Bond 25, according to his IMDB page, so it’s no wonder he decided to bite the bullet and head back to the franchise that, arguably, made him famous.

Some revealed salaries are hardly news: Robert Downey Jr’s ‘Spiderman: Homecoming’ salary clocked in at around $10m, despite limited screen time in the newest Marvel reboot, simply adding to an estimated Marvel cheque of almost half a billion dollars. Not bad for a guy who, decades ago, was Hollywood’s problem child. Vin Diesel is pocketing a cool $20 million for the next Fast and Furious movie. Anne Hathaway’s ‘Barbie’ project- which Amy Schumer dropped out of in March 2017- will see her paid $15 million for her work in the live-action picture about the famous Mattel doll.

Chris Pratt’s pay cheque for Jurassic World: Fallen Kingdom, which will be released this summer, and presents a key issue in Hollywood currently. While Pratt was paid $10 million on the blockbuster dinosaur flick, the newest in the Jurassic Park world, co-star Bryce Dallas Howard only received $8 million, despite similar levels of screen time. Regardless of whether you’re related to one of Hollywood’s most acclaimed directors, the leading men seem to always be handed the larger pay cheque. Gender pay disparity is a long-disputed issue in Hollywood, and its unlikely to be solved any time soon- regardless of how many articles demand a change.

One significant change was that of Leonardo DiCaprio, essentially Hollywood royalty. As of 2017, he was worth $245 million, with a standard pay cheque coming in at a cool $20 million per film. For his next role, the lead in Quentin Tarantino’s already problematic Once Upon A Time in Hollywood, DiCaprio is taking a pay cut to just $10 million. But, such a practice isn’t uncommon in the movie industry, particularly when such a film as this presents the possibility for further work, publicity and, maybe most significantly, awards.

Other actors who have taken significant pay cuts for prestige pictures include Miles Teller (‘Whiplash’), which earned him an Academy Award nomination, Matthew McConaughey (‘Dallas Buyers Club’) for which he won Best Actor, and Jonah Hill (‘The Wolf of Wall Street’), who gained a second Oscar nomination for his work. None of these actors even brushed the $1 million mark that has become standard across so many actors.

We shouldn’t be surprised by these numbers. Moreover, we shouldn’t be surprised by the actors who reached the top ten most paid stars in Hollywood. Having pulled their weight, stars like The Rock, Sandra Bullock, Tom Cruise, Jennifer Lawrence and Harrison Ford, can afford to demand more and more money, whilst still having their choice of projects.

A big name attached to a film can bring huge amounts of profits into a studio. For example- did we really need a sixth Mission Impossible film? Probably not! But Tom Cruise still pulls in the punters, even if the films that he stars in are, generally, awful. He will still make money. Just put his name on the top of a poster and people will pay good money to watch him jump out of helicopters. Actors and actresses get paid a lot of money, and there’s a lot of money floating around the industry.

Sure, all these films shelling out the biggest salaries are sequels, reboots, continuations of movies that are fuelled almost entirely by profit, and maybe us cinephiles on the internet are still singing the praises of indie cinema, but it’s an element of industry that we can’t change. So long as people keep buying the tickets, studios will keeping paying top dollar for these actors. 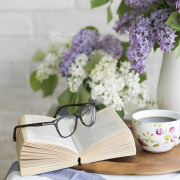 Niamh Dunne
Niamh is a writer and blogger from the UK, specialising in film, TV and digital media.