“I refuse to acknowledge those gunshots until I get a decent-sized pork chop.”

My dad and I had very little common ground. He loved sports and I didn’t. There were many awkward hours in front of the TV while he “just checked the scores” of a game that we’d end up watching to the end. My mom was fairly passive when it came to controlling the TV so I was often painfully aware of whose wonderful touchdown won which World Series. Luckily, we had comedy in common. Whether it was re-watching Monty Python and the Holy Grail (1975) for the hundredth time or catching “Saturday Night Live” during the Dana Carvey, Jan Hooks, Nora Dunn, and Phil Hartman era. These were essential to the development (or impairment) of my sense of humor when I was around 10 years old.

The biggest problem was that Saturday night was -and probably still is- only one night a week and we were going to wear out that VHS of Holy Grail if we didn’t find something else to watch that wasn’t baseball, basketball, football, golf, hockey, or sport fishing. I know what you’re thinking. What about soccer? Well, it wasn’t invented until the mid-2000s. The answer came from a new TV channel called Nick at Nite that showed old episodes of “SNL” from the classic John Belushi, Jane Curtin, Gilda Radner, Steve Martin, and Bill Murray days and a magic slice of late 1960s nostalgia, “Rowan & Martin’s Laugh-In”. These shows helped me become the person that I am today and helped me ease my neuroses with thorough applications of constant silliness.

There was one show that has stayed with me from the early days of Nick at Nite because it still perplexes me, still makes me explode with guffaws, and still makes me shake my head at its ‘so not funny that it’s funny’ bizarreness to this day. That show is SCTV. My first memory of this show was the Godfather parody with its staging of an all-out network war with rival TV stations done up like mania dons. I had never seen The Godfather (1972) or its sequels so this bit seemed even more weird to me. Seeing Guy Caballero AKA Don Caballero, played by my favorite cast member Joe Flaherty, getting gunned down with hundreds of rounds of bullets while attempting to buy issues of Mad and Cracked blew my mind. The image of Guy jumping out of his wheelchair that he “just uses for respect” and running across the street only to be shot 600 times was forever burned into my comedic sensibilities.

The Second City is a comedy troupe that focuses on improvisation. The television version began in 1976 thanks to the Toronto chapter of the troupe and was on the air in one form or another for 8 years and 78 episodes. The key players were Joe Flaherty, Rick Moranis, John Candy, Eugene Levy, Dave Thomas, Andrea Martin, Catherine O’Hara, Martin Short, and Harold Ramis. Do some of those names sound familiar? Yep, you guessed it. A lot of the funniest people of the 1980s and 90s got their start right here. Think of SCTV as the deranged Canadian cousin of SNL. As I mentioned before, Flaherty is my favorite but as the years go by, it’s Martin and O’Hara that really shine. In an interview on the “Network 90” collection, these ladies talk about how being outnumbered by the guys on the show made it harder for them to make their voices heard. That inspired me to look closer at their bits. For proof of these gals’ talent, look no further than “Gangway for Miracles”, their parody of The Miracle Worker (the 1962 film about Helen Keller). Instead of being blind and deaf, O’Hara’s character Mad Dog is a feral child with the strength of a brute. It’s priceless.

The coolest thing about the show -other than its totally unique brand of humor- is that it’s not just a bunch of skits. I kid you not, there’s a through line. SCTV is a show about the trials and tribulations of a loser TV network. Located in beautiful downtown Melonville, this station tries to compete with ABC, CBS, and NBC with mixed results. Whether it’s an alien invasion, groveling at the feet of their sponsors, or the USSR jamming their satellite feed, SCTV fought tooth and nail to bring its viewers the finest programming that very little money can buy. The fact that there’s an ongoing story behind the scenes and the actors and crew are characters in their own demented universe is the most heartwarming thing about SCTV for me. Check out the fallout that the station’s number one degenerate, Johnny LaRue (Candy), suffers when his expensive masterpiece “Polynesiantown” -a wacko parody of Chinatown (1974)- is a huge flop.

Just for the record, I’m still obsessed with this band.

In the early 2000s, I became obsessed with the legendary math rock band called Don Caballero, named after that very Godfather parody I mentioned. Their first album features a bunch of audio samples from “SCTV” and it got me thinking about the show again. John, a pal at work, copied some VHS tapes of this old show in his collection and it rekindled my love for Guy Caballero and his hopeless crew. These tapes were thrashed and barely watchable but I didn’t let that stop me. Eventually, Shout! Factory saved the day and put out four sets of the “Network 90” series. These encompass many, many hours of their long format episodes from the early 1980s. You can still find these pretty easily and I recommend that you do. Less stellar, is a set called “The Best of the Early Years” that is just okay. I wish it was all the early episodes but there’s still fun bits on the set.

The only things I don’t like about the show are “The Great White North”, Rick Moranis and Dave Thomas’s characters Bob and Doug McKenzie’s 2 minute long TV show, Martin Short’s Ed Grimley character, and Thomas’s horribly racist Chinese character, Lin Ye Tang. Bob and Doug McKenzie are fine in the film version called Strange Brew (1983) but for some reason their short bits just drag for me. Ed Grimley was a popular character for Short even though he’s pretty awful. He rode this unfunny weirdo all the way to SNL. As for Lin Ye Tang, oh brother. If you think Jim Belushi’s samurai character was bad, you ain’t seen nothing yet. Yikes Almighty, Dave Thomas should pay Shout! Factory to rerelease those discs without his Lin Ye bits.

The Beaver (Candy) has a gun. This should be fine.

I keep waiting for more of the early years of SCTV to show up on home video. My guess is that these late 1970s episodes are tied up in music rights issues like a lot of old shows are. For instance, I’ve never even laid my eyes on an episode with Brian Doyle-Murray (Bill Murray’s sexier brother). The irony is that the Second City had some of the lamest musical guests imaginable. The Shout! Factory DVD set is a parade of hitless wonders that must have bargain basement royalties. The best guest on the whole set is the Plasmatics with Wendy O. Williams doing her apocalyptic punk shtick while Gil “the Fishin’ Musician” (John Candy) watches from an armchair nearby. The worst guest being boring ass Levon Helm (of pretentious jerkwads The Band) performing some garbage while clueless reporter Earl Camembert (Eugene Levy) is locked outside the studio.

Tex (Thomas) and Edna Boil (Martin) have a deal for you!

Before I wrap this up, I might as well have a little parade of my favorite characters and bits. Rick Moranis as Merv Griffin immediately comes to mind, especially his Merv Griffin as Andy Griffith bit. It’s just too weird. Catherine O’Hara as drugged up torch singer Lola Heatherton having a meltdown during her “Bouncin’ Back to You” special is what I want played on a projector at my funeral, preferably using my bloated corpse as the screen. Joe Flaherty showing up as the ghost of Bing Crosby to help Woody Allen (Moranis) work with Bob Hope (Thomas) is perfection itself. John Candy as a grownup Beaver Cleaver that gets into big trouble on the “Leave It to Beaver 25th Reunion Special” was one of the first skits I saw and remains an ultra-favorite to this day. There’s a faux commercial with Andrea Martin as Brenda Vaccaro talking about a mysterious feminine product that’s just wonderful. Damn it, y’all, I could do this all day.

Brooke Shields (O’Hara) is about to blow up real good.

It’s probably pretty obvious if you’ve gotten this far in my article but SCTV is a permanent fixture in my brain now. Explaining why it’s funny is difficult and yet I still send clips of this deliciously dated and inexplicably timeless show to millennials I know just to make their heads explode.  Whenever my band has a gig, my ritual is to zone out to the show for an hour or two that day, preferably right up until I load up the car with my gear. This helps me not take myself too seriously, helps me laugh while my stomach is in knots, and puts me in the right frame of mind for all the stupid shit that playing live music inevitably leads to. I wish my dad was still around so that he could hear my band play but I really wish that he and I could just kick back and watch some SCTV together. 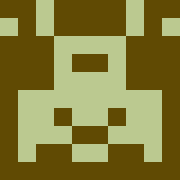 Richard Glenn Schmidt
Richard is the proprietor of Doomed Moviethon, Cinema Somnambulist, the author of Giallo Meltdown: A Moviethon Diary, and the (probably never) legendary podcast, Hello! This is the Doomed Show.