On March 24th 1975, a legacy was being born. Muhammed Ali was knocked down in the ninth round by challenger Chuck Wepner; a shock to both of them. How could this challenger do what most boxers could only dream of doing? Seeing this fight was the inspiration that an under appreciated actor and writer needed. Sylvester Stallone had an undiscovered gift for writing, and all the tools were laid out there for him, he just had to know how to use them. And he did. Stallone gave the world one of the greatest stories ever: he gave us Rocky.

After a lot of negotiations the script was bought and the actors were cast. The film was under a strict time frame as well as a low budget, so the crew were stretched in every technical aspect of shooting besides the wonderful script. Stallone knew if he had sold his script and never gotten to play the film’s main protagonist it would kill him. This story, the character of Rocky, it was him. Stallone was struggling financially, and he never knew if anyone out there would see and understand his talent and his positive attitude on wanting that one pivotal shot that would show the world his talents. He poured himself into that story, Sylvester Stallone is Rocky. Despite the fact the film crew of Rocky were all under different constraints, none of that matters when you look back and watch the film. Maybe it was a good thing that they didn’t have glossy sets and that they had lesser known actors because it made the film more authentic. Skepticism laid with United Artists, because the lead actor was virtually unknown, they didn’t trust its direction and they were more concerned with something that would make them a ton of money. But upon its release towards the end of 1976, no one could even imagine the impact it would have on audiences. Audiences were inspired, and realised the soul of Rocky belonged inside everyone. Here is a simple man who is down on his luck and he did something great, and proved to himself and everyone he wasn’t loser.

Rocky isn’t just a feel good movie that gives you a sense of euphoria that will slowly leave your body by the end of the film credits. It is a realistic portrayal of an underdog who had no real direction, who had no idea how he could realise his potential. The story isn’t just about a fight, it’s about a journey. It’s about the endurance, the dedication and the heart that makes all of these elements function. These are the elements that we possess when we are willing to fight for what we are passionate about. But when you mention Rocky to a lot of people, the first thing that is brought up a lot of the time is the training montages. The montages are a great way to express emotions, change and progression within one’s self. And they are of course very handy when you have time constraints within a film. But do the majority of people see it that way? Or do they see it as one big joke that can be continuously retold over and over again, because it’s ‘cool’? At times training montages can be funny and a little outdated, but that one scene shouldn’t overshadow an entire film’s legacy, especially in the case of the first Rocky movie.

I think pop culture has made the Rocky franchise into a joke. While Stallone has openly admitted he isn’t happy with the end result of certain films in the franchise, you cannot deny that his character has not lost that heart and willingness to improve himself for the better. But instead the character of Rocky is not being remembered for his heart; he is being remembered for the way he talks, his extravagant training montages and, of course, fighting Ivan Drago. But I guess that is something that is inevitable when sequels are involved; people tend to forget the original and remember the later instalments. The same thing has happened to a lot of horror franchises, as well as the original Batman films, and of course, the biggest scapegoat of all: the Jaws franchise.

In the many years that I have discussed my love for the Rocky franchise, many people have disagreed with me. But only on the basis that they don’t like other Stallone films they have seen. Apparently an actor’s back catalogue determines how good they can be in a specific film. It doesn’t matter if Stallone has starred in Rocky, Copland or First Blood, the fact he starred in Stop Or My Mom Will Shoot determines his credibility as an actor. There are very few actors whose back catalogue is 100% entertaining and critically acclaimed. However, I truly feel there are some actors who are scapegoats for the cynics and the pretentious.

I understand that people may be skeptical of Stallone – especially in the original Rocky franchise. With each instalment it became less drama-orientated to drive in the action movie lane: there are more montages, bloodier fights and more evil antagonists. The films became less about the story and more about the visuals. But the character of Rocky stayed the same, although his behaviour in Rocky V was questionable – that entire film was questionable! – I just believe viewers shouldn’t shun the original film because of sequels or the misinformed portrayal of his character in pop culture.

Not everyone likes Rocky, and that is their opinion. But God dammit, can we just as film lovers remember Rocky as a soulful character, with so much drive, love, passion and heart? And not a bumbling idiot who is only associated with the song “Eye of the Tiger”. 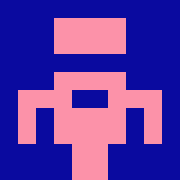