If you’re a gamer, you know how exciting it was at Christmas as a youngster to see a new console or game in amongst your presents, like a holy beacon of joy that would be the highlight of your year. At least that’s how I remember it to be when my siblings and I got a PlayStation as part of Santa’s spoils. Prior to having a PlayStation, we had a Mega Drive. For reasons still unknown to me we got rid of our Mega Drive (rip) which was sad yes, but that was soon forgotten with the arrival of that sexy grey box and soon saw there was more to it than a spunky fast hedgehog. Everyone knows what a PlayStation is, even if you’re not into games and it’s often remembered for gems like Crash Bandicoot, Metal Gear Solid, Tomb Raider and Final Fantasy to name a few. 20 Christmases later and I still find myself playing and collecting original PlayStation games. But what about the gems that were swept under the rug? Cue nostalgia overload as I give you five oldies that perhaps weren’t as popular as the big guns, but were every bit as fun.

First on the list is a game I initially saw on a demo disc from a PlayStation magazine. Radikal Bikers was a simple racer that saw you trying to deliver a pizza before your CPU opponent. It was fast paced, crazy and as a kid, bloody difficult to play but when you did happen to beat your AI opponent you felt like a speedy pizza delivery god, even if it was on easy (margarita) mode. Yes seriously, the difficulty levels were associated with pizzas, what is there not to love here? Each level had a Mediterrain style city setting with plenty of shortcuts to be taken advantage of if your timing was quick enough and there wasn’t any other traffic blocking your path. This is not one for the faint of heart, prepare to take several deep breaths if you chose to check this out.

Not going to lie, I probably shouldn’t have been playing this one at my age but I did and that made it even more exciting. Urban Chaos saw you as a no-nonsense cop, D’arci Stern, who spends the majority of her time dealing with the notorious gang the Wildcats and their rampage around Union City. The gameplay was fun and I would compare it to that of Gran Theft Auto except because you’re a police officer, that somehow makes it okay for you to go around stabbing/beating/shooting innocent people? Never really understood that factor but, it didn’t stop me from doing it. The strongest point in this game for me was the scale of it and the ability to go and do whatever the fuck you wanted. Everything from driving cars to climbing buildings to zip lining on overhead wires combined with D’arci’s athletic moves made it exciting and fresh for me and offered a change from Lara Croft from time to time.

Do you like snowmobiles? Do you like racing? Do you like Rob Zombie? Well, this is the game for you. Sled Storm was one of my favourite games for the PlayStation and playing either against the CPU or a pal was excellent fun. Apart from a kickin’ soundtrack, diverse courses and being pretty challenging at times, one of my favourite aspects of this game was the way it handled. EA could have easily overlooked this but they didn’t and that’s what made it great. What may look like a perfect landing over a ramp could end disastrously if it was on a soft patch of snow, seeing you thrown off your ride and into fourth place. Brutal, but brilliant.

I distinctly remember borrowing this from a family friend for the week and I was reluctant to give it back. Honestly, story-wise I had not a clue what was going on but it looked cool. It’s a fighter that sees you trapped in a big transparent cube along with an opponent with some truly dreadful voice acting. You can fly about at your own free will dodging attacks and magic and once you K.O all the other characters then you’re rewarded with an anime-esque cutscene and even more awful voice acting. I’m not really giving this a good rep but trust me, it’s great fun.

“Coooool Boarders! He-we go.” The intro to this game is like music to my ears. Cool Boarders 2 was a simple set up that saw you racing and pulling the trickiest of tricks in order to make it to the number 1 spot. At times, it tested your patience but with its crackin’ characters and distinguishable 90’s dance and drum soundtrack, it was a joy to play. One thing that stood out to me, in particular, was the design of some tracks (namely Pipeline Canyon aka my nemesis) and the original Japanese artwork featured in the main menu. I’ll still pop this on 20 years later and if that doesn’t say anything then I don’t know what will.

So there you have it; a small look into what a large part of my younger years revolved around and shaped me into the sad act I am today. With any luck, I’ve resurrected some fond memories of your own with this list. There are plenty more that I could sit here and talk about but I’ll leave that to you guys to talk about below. Sure these games may not be the creme de la creme of the PlayStation’s lifespan but they certainly put a smile on my face whenever I think of them almost two decades later. 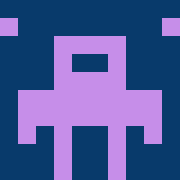