All ghost stories are fundamentally about time.  Oh sure, there are a thousand different permutations of the ghost story form, and each has their own nuance and meaning. There are ghost stories about places, ghost stories concerned with war, technology, race, heritage, and every foible and failing of mankind. For as long as humans are capable of failure and death, ghost stories will be with us. But when you boil down every true ghost story to its essence, what you are left with is a study in time, and the weight of the past on the present.

Perhaps no film better articulates this purpose of the ghost story than Peter Medak’s The Changeling.

Released in 1980, The Changeling centers on John Russell (George C. Scott at his weariest), a celebrated composer who lose his wife and young daughter during a freak accident in the film’s opening scene. Devastated, Russell moves across the country to an old mansion and begins the slow work of putting his life back together. He’s barely even gotten the furniture unpacked when the disembodied cries begin ringing through the house.

If you’ve ever seen a horror film, you probably have a general sense of where this is going. The spooks escalate, Russell investigates, there’s a mystery surrounding who the ghost was in life and how he ended up in death, Russell puts it together piece by piece, there’s a big reveal and finale. All the beats we have come to know by heart.

So, what sets this one apart? Why is it this semi-forgotten little chiller the example I always turn to as being THE shining example of this subgenre, even over classics such as The Innocents, The Haunting, or, well, The Shining.

For starters: They just execute the hell out of it. Medak is a textbook example of a journeyman director (he does mostly TV these days, including a couple Hannibal episodes) with little in the way of distinguishable camera moves or style. He’s not going to try and dazzle you with spectacular compositions or tracking shots. But from first frame to last, Medak and cinematographer John Coquillon (a regular of Roger Corman’s AIP shingle and one of Peckinpah’s collaborators) and composer Rick Wilkins suffuse the film with mood. The film begins in the snow of New York and the chill remains at the edge of the film for the duration.

Medak’s unfussy, reserved style extends to the film’s scares, which still sting to this day. The hauntings remain always tangible and small-scale, never tipping over into the kind of lurching spookablast frenzy that so many others do (just as an example: The Conjuring, which trades in carefully mounted and staged shocks for AHHHHHHHHHH CAN YOU BELIEVE THE CRAZY SHIT THAT IS HAPPENING RIGHT NOW EVERYONE IS SCREAMING in its final act [part of why I ended up preferring The Conjuring 2 was director James Wan deciding to abandon the subtle stings and pitch much/most of the film at that Sam Raimi-Evil Dead 2 lurch of frenetic mayhem]) but preferring to let the supernatural infest in the corners of the frame.

The horror of The Changeling lies in the small disruptions of how we know ordinary life is supposed to work. It’s a small ball bouncing down a flight of stairs in the dead of night, a wheelchair turning without a hand on it, a stationary object tipping over. It’s the accumulation of these details that add to the distress, building to a fever pitch of a finale.

And while Medak may not have the visual acumen to stand among the likes of Stanley Kubrick or Robert Wise, he stages at least one scene that is an absolute all-timer.

About midway through the film, Russell identifies what he believes to be the location where the murdered boy was placed. A house has been built over the spot, so he goes inside to ask about ripping up the floorboards. The mom hears him out, then admits that on any other day she would have chased him out of her home, but it just so happens that her daughter had a traumatizing experience the night before with a ghostly vision that matches Russell’s story. She tells him she’ll think about it.

The film cuts to later that night, when the girl has another encounter.

And I swear to you, brother, the first time I saw this scene I just about jumped over the back of my couch.

But the real beneficiary of Medak’s meat and potatoes style is George C. Scott, who is given the center of the film and never lets it slip for a moment. Scott could amp himself up into sweaty hysterics when the role called for it (or when he just hated the director that much, looking at you, Schrader), but his performance here is all quiet restraint and vulnerability. It’s odd to describe a role essayed by Patton himself as “lovable”, but throughout the early goings of the film, the overwhelming instinct for viewers will be to want to hug the poor man.

Scott’s eyes, those big blue saucers, let you in to every inch of his broken heart. We watch his loss, we watch him put on a brave face and play the recuperating man, and we see how that mask slips when he is alone and he tumbles into a pit of loss and grief.

There’s an early scene that lays it out perfectly: We watch Russell lead his first class as a teacher, entering the classroom to discover it is wall to wall with students and admirers. He smiles, he laughs, he cracks some jokes and starts twinkling at the piano to the delight of everyone watching. This is a man in his element, doing what he is meant to do and spreading joy to anyone lucky enough to see it.

The film cuts, and Russell is in bed in the early morning, weeping.

And from that moment on, Medak and Scott have us. We will follow this man anywhere, forgive him any trespass, whatever it takes to get to the bottom of this mystery so long as it brings some measure of peace.

But there’s not a lot of peace in the offing. There’s no solace in discovering the nature of the dead boy, no moment of triumph where evildoers are punished and right is made might again. The past is set, and there can be no escaping from it or its consequences.

Which brings us back to time. The Changeling is an entertaining film, a frequently scary film, the kind of elegant little chiller that doesn’t get turned out too often these days. But more than any other element, it is the deep sadness at the heart of the film that stands out and sets it apart from its brethren.

Because The Changeling understands that the past is no passive thing. It’s alive, and working all the time to bind people from disparate lives together in ways they could never have conceived, to fates they could never have imagined. The film’s conclusion doubles down on this, underlining that the past is never settled and never truly gone, no matter what efforts you undertake.

I’m truly not sure why The Changeling remains out of discussion for all but devoted genre fans. Even friends of mine who I know have a great appreciation for the horror genre sometimes pause when the title gets brought up. “You mean the Clint Eastwood movie?” is the most common refrain. No, not that one.

I first heard about the film when it was featured on Bravo’s original “100 Scariest Movie Moments” countdown that used to run around Halloween, and like every film on that list it became a priority for the fledgling film geek to track down (I am STILL crossing off movies from that list). One of the commentators for The Changeling’s entry was none other than Guillermo del Toro, whose masterpiece The Devil’s Backbone shares quite a bit of DNA with Medak’s film (I’m pretty sure del Toro even singles out individual moments as owing to The Changeling during his Backbone commentary, but I might be mis-remembering).

Anyway, if it’s good enough for Guillermo del Toro, it should be good enough for you. The Changeling is an unsung masterwork of horror, and is more than ripe for rediscovery by a new generation of fright fans. 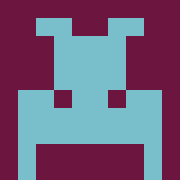 Brendan Foley
Brendan Foley lives in Massachusetts, where he has made a habit out of not knowing what he's doing. He'd like to make a career out of it. You can follow his ramblings on Twitter: @TheTrueBrendanF, and his ramblinger ramblings on Tumblr. Three years from now, it will be revealed that he was dead the entire time.