This week, the eighth (EIGHTH!) instalment of The Fast and the Furious series hit cinemas. The series, which realistically started as a beat-for-beat remake of Kathryn Bigelow’s Point Break (1991), seemed to be a love letter to the world of street racing with a couple of ropey undercover cop plot points stuck in to bounce off all the neon-glowing car pornography on screen. Its reach seemed limited, maybe pulling in the youngest of car fanatics who dreamed of owning a Subaru Impreza but instead had a Vauxhall Nova with a huge exhaust strapped to it. Instead, The Fast and the Furious turned into an action movie behemoth, developing from its street racing roots into fully fledged action movie blockbusters and is now, staggeringly, Universal’s biggest franchise of all time. The eighth movie (if you’re American, brilliantly titled The Fate of the Furious, if you’re British, boringly titled Fast and Furious 8) promises to be the most insane instalment yet; good guy (or gruff anti-hero/notorious thief) Vin Diesel is now a bad guy seemingly being mind-controlled by Fury Road vetern Charlize Theron, bad guy Jason Statham and giant cop The Rock teaming up for a prison riot, and a car chase interrupted by a submarine! Not bad for a franchise that all began with a group of street racers stealing DVD players.

As a franchise, The Fast and the Furious probably should have worn out its welcome so many times before making it to an eighth movie. Original sequel 2 Fast 2 Furious (2003) brought only Paul Walker from the original movie back, with Vin Diesel and director Rob Cohen lured away to make XXX and give Vin Diesel his own action franchise. Third entry, The Fast and the Furious: Tokyo Drift (2006) featured no original cast members and cast Lucas Black, looking no younger than 30, as a troubled teenager. The box office suffered. Fourth entry, Fast and Furious (2009), finally reunited the original core cast of Paul Walker, Vin Diesel, Jordanna Brewster, and Michelle Rodriguez, which brought a certain amount of nostalgia factor but produced a barely entertaining movie. Somehow after all these misfires they managed to drop The Rock on the franchise and turn this middling action series into a fully-fledged blockbuster franchise with each subsequent entry since the fourth movie, bettering the box office of the last, to the point where Furious 7 (2015) was sitting as the third highest grossing movie of all time with a staggering box office of over $1.5 billion.

Class of 2001. The Rock and Statham were a long way away.

Taking its’ name from the Roger Corman produced chase movie The Fast and the Furious (1955) (all 70 minutes of which are on YouTube, if you are in any way interested), The Fast and the Furious hit cinema screens in the summer of 2001, in a summer blockbuster season that featured the likes of Pearl Harbour, Lara Croft: Tomb Raider, and The Mummy Returns, with an early acting credit for eventual Fast and Furious saviour Dwayne “The Rock” Johnson. Directed by director-for-hire Rob Cohen, director of Dragon: The Bruce Lee Story (1996) and Sylvester Stallone disaster-fest Daylight (1996), Cohen was a safe pair of hands when it came to action directing. The Fast and the Furious was also an early writing credit for David Ayer, who would rise to prominence the same year by writing the Oscar winning Training Day, and carving a successful career of writing and directing cop and crime movies ranging from the sublime End of Watch (2012) to, well, Suicide Squad (2016).

Ok, enough with the Point Break jokes, but this is essentially a beat-for-beat remake of Kathryn Bigelow’s surfer classic. Here we have Paul Walker as Brian O’Conner, probably the most unconvincing undercover cop since, well, Keanu Reeves in Point Break. And instead of a flowing haired hippy Patrick Swayze, we have a bald, gravel voiced mechanic Vin Diesel as Dominic Toretto. Instead of surfing, we have street racing, and from there we have the same points of the new guy getting taken in by the gang, falling in love, arresting the wrong gang, and final big robbery going wrong. Hey, in these days where remakes are ten a penny, it’s almost refreshing to see a film take a basic premise and give it a new spin. I’ve often wondered why more remakes just don’t do that instead. And this is much better that last year’s godawful remake of Point Break.

What is striking when revisiting the original movie is how simply old fashioned (or dated) it all feels now. In the last three previous entries we see the gang hijack a safe containing $100 billion dollars and drag it through the streets of Rio de Janerio at break neck pace, take down a huge cargo plane using only their cars and a couple of harpoon cables, and literally use their cars to skydive from a plane into an immediate car chase. In The Fast and the Furious the gang are hijacking trucks to steal DVD players. DVD players! I like to think that as Brian and Dominic were literally using a car to fly between buildings in Dubai that they had a brief moment where they looked at each other and said, “Remember when we just used to steal DVD players?” Paul Walker also attempts to infiltrate the gang through the street racing scene where the buy in is $2,000. By Furious 7 Vin Diesel was probably buying himself $2,000 muscle vests. And if you really want to date the movie, how about checking out the soundtrack. From nu-metal anthem of choice, Limp Bizkit’s “Rollin”, to one time American rock idols Live, to, erm, Dope, it’s safe to say these guys won’t be anywhere near the soundtrack of The Fate of the Furious.

Vin Diesel as Dominic Toretto: “He’s got nitrous oxide in his blood and a gas tank for a brain”.

It is still hard to believe how young everyone looks in this movie. Vin Diesel, still has those broad shoulders, but a lot slimmer and much more human looking and sounding here and allows himself a smattering of emotion at times, including looking a tiny bit scared during the climatic truck chase.

The sadly late Paul Walker, two years removed from being the high school football star in Varsity Blues (1999), is incredibly fresh faced here, with his long blond locks probably allowing him to be part of Patrick Swayze’s surfer gang had he been around 10 years earlier. He’s unconvincing as all hell as a hardened undercover cop, but with blonde hair and piercing blue eyes he’s every inch the poster boy you want and the good looking foil for Vin Diesel’s gruff tough guy.

The Fast and the Furious would be an easy movie to completely rip apart; the basic premise is ridiculous, as the truck hijackings are so over the top that you quickly realise that there must be so many easier ways to hijack a truck when it is not actually moving. But that would not be fast or indeed furious enough for this movie! There are plot holes galore. During the $2,000 street race, where it takes them at least two minutes of frantic screen time to drive a quarter mile when they are driving at around 400mph, the race is finally interrupted by at least every cop car in the city. Dominic escapes on foot only for a cop car to notice him and a cop to yell “Toretto” at him. Paul Walker helps him escape in a high speed, highly destructive pursuit. They then head off to Dominic’s house where apparently every street racer went after the race. If the cops know who he is couldn’t they have just gone to his house or his place of business, a café/grocery store/garage with “Toretto’s” emblazed in huge letters across the front.

However, when we get past some of the dodgy plot points, the movie builds to its main action sequence; a truck hijacking scene gone wrong that leaves one of the gang hanging from the truck with his arm trapped in a harpoon cable while the renegade truck driver takes pot shots at Toretto and his buddies before O’Conner speeds in to the rescue. If logic hits us, then we realise the truck driver should probably pull over and put the shotgun away and let his employers insurance deal with the stolen goods. In execution, this is a chase scene on a level with The Road Warrior (1982), a white knuckle ride where any number of our “heroes” could bite the dust at any moment. It could still well be the high point of the entire franchise.

What makes The Fast and the Furious so endearing is that we eventually realised that we cared about the characters, and that in between all the car chases and mayhem they gave us reason to care. One of my favourite moments happens in the first ten minutes of The Fast and the Furious. Entering the Toretto’s café, seemingly to keep an eye on Dominic but Toretto’s cute sister Mia behind the counter might have something to do with it, Brian orders a tuna sandwich. Dominic’s right hand man and fellow musclebound vest wearer Vince, taking offence to Brian hanging around Mia so much (key line, “What’s up with this fool? What is he? Sandwich crazy?), questions his actions; “I like the tuna here”, Brian tells him, “No one likes the tuna here”, Vince hits back.

During an emotional phone call in Furious 7, Brian and Mia remember the tuna sandwiches, “they were bad sandwiches”, remembers Mia. In something just as simple as that, The Fast and the Furious came full circle. It was the remembrance of the beginning of a relationship that we had seen develop over five movies and 14 years by this point and, as real life sadly dictated, would be one of the last moments we would of this relationship of these two characters. It was also a remembrance of the low key beginnings of this franchise, remembering the simpler times before sky diving cars, multi-million dollar heists and The Rock and Statham.

And that is what makes The Fast and the Furious so great, that while it may loud, brash, and chaotic, but the chaos is carried out by characters you like and care about, and a franchise that knows exactly where it came from. The current DC Universe was created with hundreds of millions of dollars behind and expected to be a success straight away, yet I doubt that so many films down the line we will be able to talk about a quiet character moment from the first movie, and that’s why that franchise is struggling. The Fast and the Furious began with a relatively small budget and felt so throwaway at the time that Vin Diesel felt that XXX would be the franchise for him, before gradually realising that this franchise was waiting for him all along. Eight movies in and somehow it still feels that the franchise has a long way to go. Not even Point Break got a sequel.

So as the eighth movie hits screens this week, let’s strap in, top up your car with some nitrous oxide, and enjoy the ride. I know I’ll be there for whatever great moment of carnage they throw at me next. 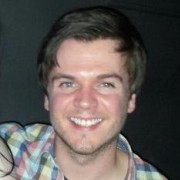