Having only heard great things about this game, and with it being free on PS Plus, I decided to give it a go despite never being a big fan of the whole episodic, choice-based narrative style games (probably not the official genre title but it will do).

Firstly, it has to be said, this is a very well made and quite beautiful game, and it certainly made me realise why these types of games are so popular. It is also quite harrowing at points, dealing with emotionally charged subjects such as suicide, bullying, death, kidnapping, murder etc. There were a few moments during the story where I had to pause just to give myself a breather, it certainly wasn’t I was crying. I’m a big tough manly man.

The story centres around 18-year-old Max Caufield as she deals with the drama of her own life and coming to terms with her new sound super hero ability of rewinding time, happened to me once, she used her powers to make better choices for her and those around her, i used it to warn people that they were about really big pigeons flying around.

My issues with the game are down to my own gaming insecurities. When it comes to games, mostly RPG’s, I am a bit of a completionist, I like to fully explore an area to make sure I find everything I can. In this game, with the different choices you can make, I found myself getting frustrated with some of the choices. At the end of each episode, it compares your choices with those of the others who have played and more than once I found myself confused at how I could have avoided certain things. Genuinely thought a characters death was unavoidable but no, turns out I’m not as good as I thought it was. Story of my life.

Another issue was, despite some great narrative, were a few moments where I simply did not care about Max and her high-school dramas. It’s not easy for a weirdo guy who works in a supermarket to relate to an attractive girl, doing a photography course at a prestigious art school, upset that her teacher isn’t giving her much attention. If she was pricing cat food, I would have been right there with her.

Another slight problem is the final chapter. It is a bit all over that place that its easy to lose focus. Dancing about alternate realities (again, happened to me once, three times if you count the alternate versions of me) makes it quite difficult to keep track of where you are in regards to the actual narrative. Plus the final scene could have been more developed seeing as my choice left killed about 1,000 people and it wasn’t really spoken about. I feel it should have been. Someone should have thrown a shoe at me at least. Despite these issues, it is still a very immersive game that makes you care about almost every choice you have to make. Especially when you make an arse of it.

It is one of those games I definitely wouldn’t have paid for but getting it for free was fantastic and if you have PS Plus then you should download it straight away. A nice break between time-sapping RPG’s and a game that is definitely worth a play through. It is also a cracking game if you are a ‘Platinum Trophy Whore’ like myself. One of the easiest you will find. A sequel is confirmed so it must have done something right. A solid game worth playing. Even if just for the Chloe character. She’s hot. And fictional so she can’t call you names like all those other women do. 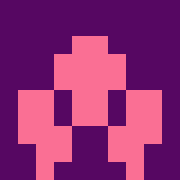