Synopsis: A young woman named Sarah loses her child in and accident, and her husband to Suicide. Distraught, she decides to move into her parents’ old house with her brother, Richie. It doesn’t take long for matters to take an unexpected turn. Haunted by visions of her daughter, and what appears to be psychosis, she soon becomes the target of an alleged possession. Richie seeks out the help of a priest to deliver her from evil.

If there’s one product in the modern horror cannon that’s become monotonous, it’s the exorcism/haunted house/possession flick. There seems to be a new instalment every fifteen minutes, much to the dismay of genre fans that crave more. Ever since its release in 1975, many have attempted to reach the high standards set by The Exorcist. Sadly, these cheap imitations pale in comparison to Friedkin’s masterpiece, and aren’t memorable enough to make a lasting impression.

The newest entry in the long line of Amityville Horror imitations is The Covenant. It brings nothing new to the table, and is just another cog in the machine of mindless oversaturation. Thriving on a repetitive nature and forcing in every cliché, it barely manages to hold its head above water. Arriving in theatres this February, the best option is to avoid it. If you make the mistake of purchasing a ticket, I advise you get your ten dollars back.

The films intention is as clear as day; tell the story that merges religious paranoia and modern skepticism. On paper, it seems like a plausible idea, and one that should be rather easy to execute. However, much like dealing with contractors, what’s on paper and the finished products aren’t always the same thing. While it attempts throughout its entire first act to establish an aura of suspense and intrigue, the events and cast of supporting characters fail to deliver on either front. Everything that’s thrown our way reeks of familiarity and repetition. The second act is a conglomeration of everything that’s been seen before, and in many cases, done much better. The Covenant attempts to exceed its own limitations, only to fall to earth in utter disappointment.

Repetitive nature aside, it’s incredibly predictable with its narrative. The third act, while striving to be scandalous with its final twist fails to deliver the intended result. It’s foreshadowed early on so nothing really comes as a surprise. For a film entitled The Covenant, it fails in living up to its expectations. The images one might conjure up with their imagination are conspicuous by their absence. What we’re treated to is a very watered down rendition regarding the monumental struggle between good and evil. The final exorcism scenario is about as unsurprising as one might expect.

The Covenant is proof that everything’s been done with the exorcism movie. As a genre, it has little hope of progressing any further. Hopefully director Robert Conway improves from this point forward, and delivers quality with his next picture. 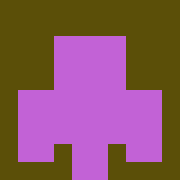