Alters #5 ends the first story arc of the main protagonist, Chalice. Picking up from issue #4, we see our heroine held captive by the subordinates of Matter Man. Tired of his insanity, they aim to strike a deal with Chalice in hopes that she can put a stop to their insane leader and, though it may have seemed impossible, they reveal he has a ridiculously massive weakness. What is this weakness? His powers only last for one minute, after which they run out and he becomes incredibly weak. The big issue? If they get the timing wrong they’d be dead before they count to one. In all honesty I think Matter Man should find a different job. Evil, insane, dictator villain whose powers only last a minute, and then has to disappear to recharge for hours, seems like it would limit your evilness by a lot.

Once Chalice returns to her friends and allies, and informs them of this weakness, Octavian reveals the only cell that could hold Matter Man. With this revelation they quickly devise a trap to lure Matter Man out and commence the big rematch. Plenty of punches are thrown and many beat downs are given, yet the end doesn’t come with a punch or a kick. Instead it’s an unsatisfying, disappointing quick end. The end felt rushed as if they just wanted the arc over and done with. There is no satisfaction gained, no glory won, it just happens and it’s over.

It just ends, not with a bang, but with a whimper, yet don’t let that whimper hold you back from reading, Alters. The story is well written and the characters each have their own unique personality, although I didn’t feel interested enough in wanting to know more about any of the characters other than Chalice. They simply didn’t draw me in as very interesting people.

The art and colouring of Alters #5 is okay, it’s simply okay.  The art makes use of a very stylish, fluid style, making each panel flow well into each other. The character design conveys the personality of each character and their individualism makes each character easily recognisable throughout the series. For the most part I enjoy the character art of the comic, yet I find the colouring and background work very unappealing. The use of pastel tones made it seem like the comic was doing its best not to stand out or catch my eye, and each panel’s background felt bland and forgettable. The characters were definitely the most stand out part of the art which isn’t at all a bad thing, they are all very appealing looking designs.

Alters #5 is in that middle ground of average. When it came time to review it I didn’t know what to say. There wasn’t anything in particular that I could constructively criticise yet there was nothing I felt I could praise either. The first arc of Alters rounds up quickly with an ending so quick it would make The Flash jealous. We do get the satisfaction of seeing Chalice actually belonging to a group, a group she feels comfortable and at home with. Although it’s a typical conclusion for a superhero comic, it’s a conclusion that can’t be faulted. It’s tried and tested and A-Okay in my book. In the end it leaves me torn, everything just felt average. I wasn’t a major fan of the colouring and background art of Alters. I felt like it detracted from the character design and story and just stopped the entire comic from standing out. I suggest that readers take a look at the comic and make the final decision yourself. After all art is subjective and what I don’t enjoy may appeal to others. Chalice is also one of the only trans superheroes out there and it’s a comic that I hope does well in its future. 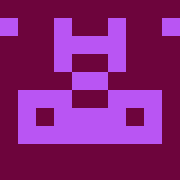