Originally, my next Clean Slate post was going to cover Pulp Fiction, but with the unwarranted sequel The Mechanic: Resurrection just being released, I felt that this was the perfect opportunity to revisit a film that 15-year old me was so excited for but ultimately left disappointed: The Mechanic. If anything is my kryptonite, it’s shlocky, dick-swinging, machismo action movies, and in 2011 Jason Statham made two films of this ilk: Killer Elite and The Mechanic. Those trailers made 15-year old me wet his pants with excitement and it didn’t help that I was a huge fan of the Crank films too. Although I’ve grown to like Killer Elite over the years, I’ve never gone back to revisit The Mechanic mainly because I’ve grown to see that I’m just not a Simon West (Con Air, When A Stranger Calls) fan. But, today is the day to finally give it a second shot.

Arthur Bishop (Jason Statham) is a Mechanic, a very skilled hitman who can make any job look like an accident. After being given the task of killing  his mentor (Donald Sutherland), Bishop catches up with his mentor’s grieving son Steven (Ben Foster). After Steven expresses some interest in Bishop’s line of work, he decides to mentor Steven the same way that Steven’s dad mentored Bishop.

I’ve never seen the original Charlie Bronson film, so I have nothing to compare this to. I have no bias or anything towards it, so I’m judging this film totally on its own terms. Knowing that it was a remake of a Bronson film and a Jason Statham vehicle, I was expecting this film to be extremely dumb. In fact, I remember back in 2011 one of my complaints for the film was that it was dumb. The first half of this, although it features plenty of silly moments, is actually much more thought out and structured than I remembered. It’s certainly not quite as silly as I had expected, that’s for sure. What helps here is that in this film, the silly stuff isn’t annoying. Right away, the whole opening of the film is silly. But, they do an effective enough job at setting Statham’s character up as this intelligent bad ass that I didn’t mind the fantastical nature of it. I was able to get invested in this guy who was a professional bad ass. It’s at this point in the film’s first act that we start to get more into the driving plot of the film, where one of the biggest topics of discussion is the performances.

I’m a fan of Jason Statham, despite the number of misfires he’s had. When he’s working with a director who really knows how to use him, it turns out wonderfully. But when there isn’t a strong director at the helm, Statham tends to be pretty one-note. He’s great at being a one-note, stoic bad ass, but this film in particular doesn’t really call for that. Statham’s character is written as this lone wolf, but the second act is actually very character based – which requires someone with a bit more charisma than Statham. Don’t get me wrong, I like Statham, but this film is written for someone with a bit more range, plus it doesn’t help that you have a director like Simon West (When A Stranger Calls), who is terrible with actors. It’s also because of this that Ben Foster and Statham don’t have any chemistry together. Foster brings a lot of personality to the film, while Statham – the film’s lead – just doesn’t seem to be bringing much to the table. 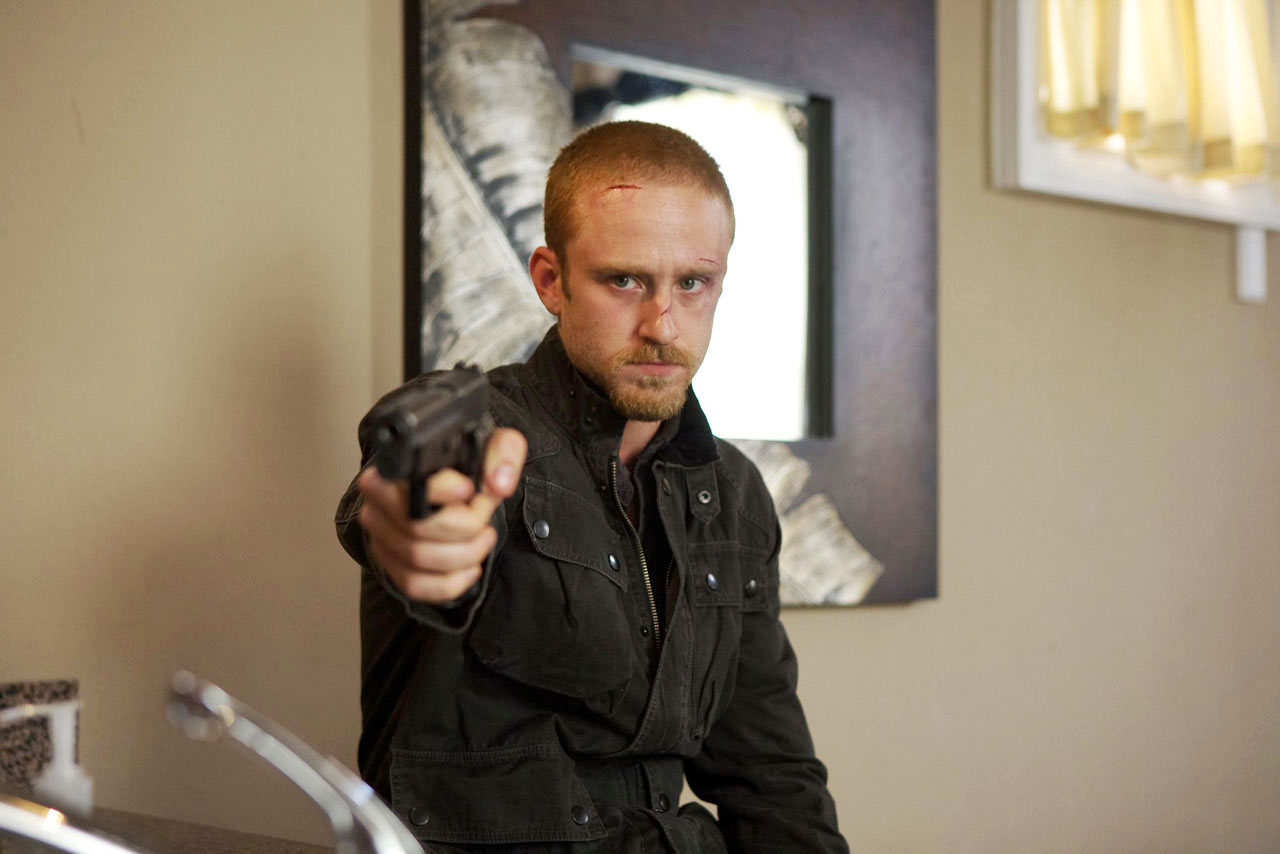 The structure of this film is very jarring, to say the least. The first half of the film is filled with stuff that I like conceptually, but the execution is bland. The focus of the first half is setting up Statham as this guy whose great at killing people and making it look like an accident, a process that takes a lot of thinking and preparation. When we see him discuss his process, it’s much more intelligent than your typical machismo action film. It’s not brilliant, but it’s something different. Then when he’s training Ben Foster and we see the whole process in action, it’s interesting. This all sounds great, right?

The problem here is that watching all of this is very, very boring. It’s not even that it’s painfully bad, it’s just so meh. The dialogue isn’t exactly sharp, the actors don’t have a lot of chemistry, the whole revenge plot is pretty uninteresting, it really doesn’t deliver on anything past a cool idea. I love smarter, slower films, but I was begging for some explosions here, because it tries to be a smart action film but doesn’t have the script to back it up. I appreciate the effort, but it’s just boring. If there’s one thing that a film shouldn’t be – especially an action film – it’s boring. Thankfully, this is what leads us to the second half of the film.

I hate it when a movie doesn’t abide by the rules that it sets up, this film being a prime example of that. The first half of the movie is all about “Do it quick, do it clean.” and “Don’t let revenge get in the way, don’t have attachments” – all of this really smart stuff, but the second half of the film is not only completely sloppy and fueled by revenge, but it’s also loud and stupid. Shoot outs in the middle of the street and so on. The only reason that it doesn’t derail the film is because although it’s the dumbest part of the film, it’s also the most entertaining. All of the shoot outs and fight scenes are very well shot, very well choreographed – exactly the kind of stuff that I wanted during the first half. It’s a shame that it had to go against it’s own rules to entertain me, but it was something. It was a pulse. For instance, the fight scene between Ben Foster and the large Mechanic is very tense and hard-hitting. It was a scene that should’ve had consequence and didn’t, but the action was so above-average for this type of film that I didn’t mind it. The shoot outs are dumb, but they are much more fun to watch than I had expected from someone like Simon West (When A Stranger Calls). I’ve said it plenty of times: I don’t mind a film being stupid, but if you’re going to be stupid then distract me with entertainment. I’m surprised to admit, that’s something that the second half of this film really nails.

Now, for the big question. After giving The Mechanic a second chance, did it redeem itself? 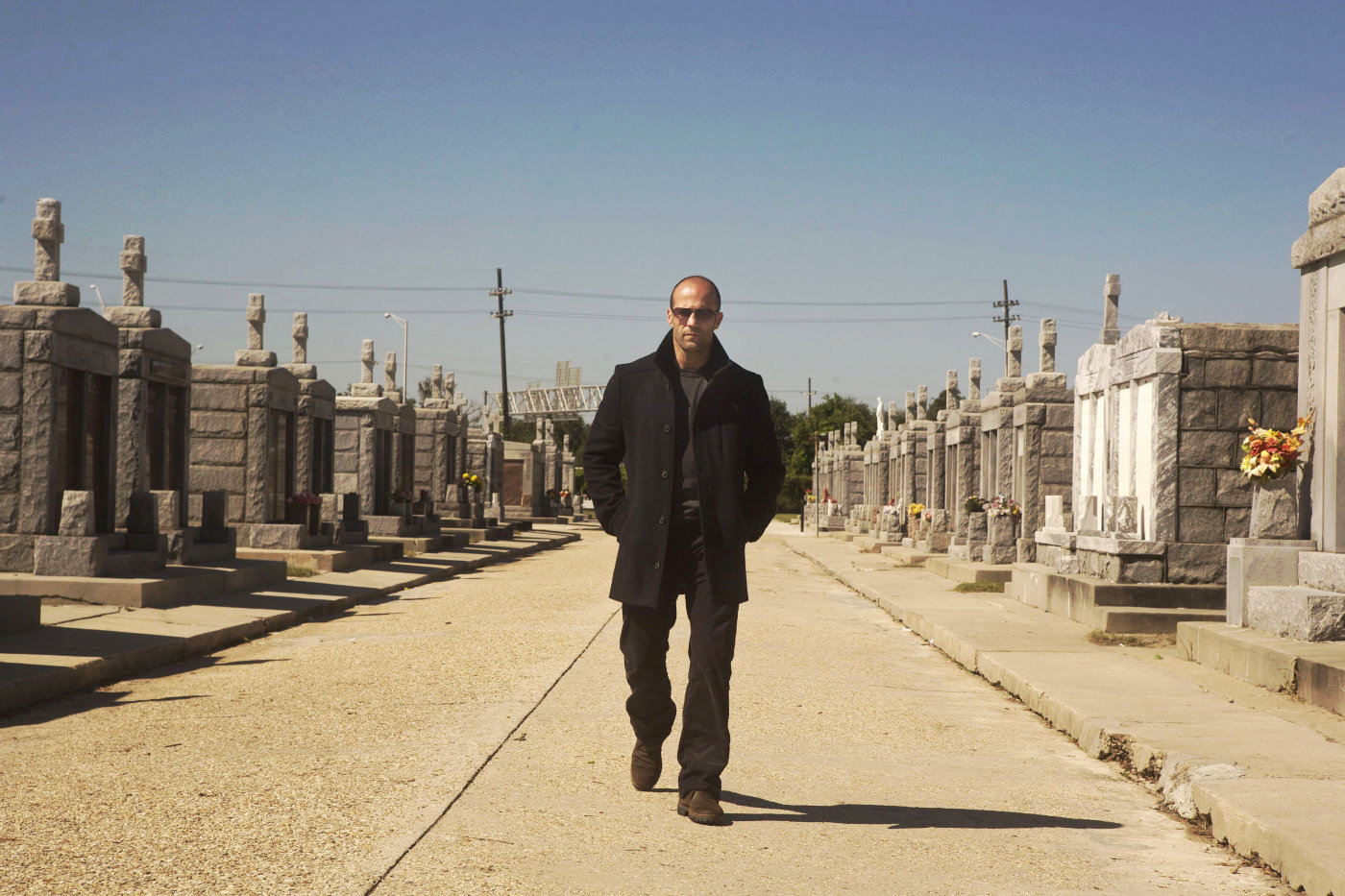 After reading all of this, you probably still don’t have a clue how I really feel about this film. Because I can’t even figure it out myself. On one hand, the first half of the film is conceptually interesting but totally bland, but on the other hand, the second half of is stupid, but it’ s genuinely entertaining. At the end of the day though, is it a bad film? No. It’s certainly an uneven film – forgettable even – but this is definitely not bad. There are enough interesting ideas, fun action and some levity from Ben Foster to carry this above the other bad Jason Statham films like The Transporter 2 and Parker. It’s far from Statham’s worst film and a decent way to kill time if you come across it while channel surfing. As for a sequel? I can’t say I’m excited. Needless to say, you can expect me to see it regardless.

Afte a sort-of successful instalment of Clean Slate, I’ll be joining you once again next week to finally revisit Pulp Fiction, the classic Tarantino film that I saw once and hated. So, get your pitchforks ready folks…