The 1976 Dino De Laurentis-produced King Kong may not have been a critical success, but its prosperous box office numbers were definitely inspired by a marketing blitz that plastered Kong’s image everywhere for months prior to the film’s release. There were t-shirts, posters, a board game, jigsaw puzzles, a fast food glassware collection, lunchboxes, and tremendous TV promotion. King Kong was going to make money no matter what the movie itself was like, and by aiming much of the merchandising at children, the filmmakers made sure that a significant number of kids were going to beg their parents to take them to see it.

Never known for allowing a profitable cinematic trend to go unexploited, the Italian film market responded with the cinematic oddity known as Yeti – Il gigante del 20° secolo, English translation Yeti: Giant of the 20th Century. After its debut in Italy in late 1977, Yeti was released in several European countries, Turkey, and Australia through 1979. Never released theatrically in America, it finally appeared on US TV in the 1980s (IMDB says it was 1984, but I seem to recall seeing it on TV a little earlier than that).

Yeti tells the tale of a monster found frozen in the ice in Northern Canada. Business mogul Morgan Hunnicut (Edoardo Faieta) enlists scientist Henry Wasserman (John Stacy) to join a Canadian expedition that discovers the creature frozen in a giant block of ice broken off from a glacier. Hunnicut’s grandchildren are already conveniently on site, preteen Herbie (Jim Sullivan) and potential Yeti love interest Jane (Antonella Interlenghi). The professor concludes that the creature is a yeti (pronounced by everyone in the film as YAY-tee), and that this giant’s footprints are five times the size of any that have come before. In the grand tradition of roughly conceived giant monster movies, Yeti changes size so many times in the film we’re never really quite sure just how giant he is, but perhaps this is simply the filmmakers way of suggesting that Yeti is all things to all men.

Wasserman manages to bring Yeti back to life through some miracle of modern science, creating a giant resurrection phone booth and dictating that the procedure must be carried out while Yeti dangles high in the air underneath a helicopter. After he regains consciousness, Yeti’s arrival back on the ground is complicated when photographers shine bright lights on him (despite the fact that it’s broad daylight with a cloudless sky), causing him to go into a rage. Since this is a King Kong riff, after all, Yeti immediately zeroes in on the beautiful Jane and makes off with her and her brother, mistaking them for his own long lost family. How a giant being like Yeti could have ever mated with a human being Jane’s size is something that’s not for us to question, and Yeti takes Jane and Herbie further into the wilderness, where he catches fish for them to eat. Wasserman and several of Hunnicut’s henchmen catch up with them later and are stunned to find Yeti now docile and cooperative, combing Jane’s long hair with the skeleton of a giant fish.

Immediately following this episode, we are shown the results of Hunnicut’s business model: hundreds of consumers now have Yeti fever, lured in by slogans such as this ad displayed at a Texaco station: “Pump it in and let your motor absorb it, with Yeti in your tank, you’ll go into orbit!” A similar ad in a grocery store announces “Mothers! There’s Yeti strength in Hunnicut foods!” But Hunnicut’s best idea may be the t-shirts that a group of trendy young ladies are seen wearing:

One can’t help but wonder if the “Yetimania” media blitz was written into the script because of the very real market saturation that occurred a year earlier related to King Kong, which would make this a very meta moment, but I doubt there were any shirts made that depicted Kong cupping a woman’s boobs from behind.

Since Yeti is going to need to rampage through a city in order to match Kong, the script contrives to fly him to Toronto, in a newly-refurbished phone booth dangling once more under a helicopter. For some reason, Hunnicut decided that Yeti’s first contact with mass civilization should occur on top of a Toronto skyscraper, and nobody even seems fazed by the fact that they’re about to come face to face with a giant monster. Unfortunately, Yeti’s arch enemies, photographers, attack him with flash bulbs the minute he steps out of his flying glass phone booth. Yeti freaks out, madness ensues, and Jane is endangered when Yeti shatters a glass elevator shaft and starts yanking the car up and down like a yo-yo while trying to reach her. In what is the film’s most memorable sequence, Yeti climbs down the side of the building, kicking in picture windows with each step, and extends his hand in the nick of time to catch Jane before she plummets to her death. It seems to me that even if she landed on Yeti’s hand, a 15 story free fall is still a 15 story free fall, but Yeti is a hero and Jane must have bones made of titanium. After the chaos dies down, Yeti then takes a sudden left turn and becomes an espionage story about a rival of Hunnicut’s attempting to take over his profitable company by any means necessary, including the elimination of Jane and Herbie–but Yeti isn’t about to let that happen, and when you’ve got a pissed off giant monster on your side, your enemies don’t stand a chance.

The lack of a proper US release shouldn’t surprise anybody who has actually seen Yeti. Even though it clearly isn’t a serious film, it’s difficult to accept Yeti as anything other than pure camp. I think it’s somewhat unfair to hold dubbed actors accountable for bad acting, but the fact remains a lot of the dialog is ludicrous, and so is the delivery. Antonella Interlenghi (billed here as Phoenix Grant) is a beautiful lead, but she plays her biggest scenes opposite giant prop body parts like a yeti hand, yeti legs, and in one unforgettable scene, a yeti nipple. The film is similar to the story of King Kong only in very general terms, so it’s unlikely that potential distributors were afraid of a lawsuit. Yeti seems to want to be a family-oriented adventure, but includes some mean-spirited violence, like scenes where Jane gets slapped around by the bad guy. Even worse, the villain stabs Herbie’s dog, although it makes a miraculous recovery at the end and goes running towards Herbie in a slow-motion scene worthy of Michael Bay. I should also mention the astonishing soundtrack music created for Yeti by Sante Maria Romitelli (who also did the soundtrack for Mario Bava’s Hatchet For The Honeymoon). From orchestral swells that seem to suggest elements of “O Fortuna” to a disco track with lyrics such as “He is so big, the man of snow, and he won’t harm you — the yeti!”, it suits this loony movie to a tee. 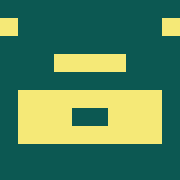 Bill Van Ryn
Film blogger obsessed with horror movies, especially from the 70s and early 80s. My blog is called Groovy Doom, and I admin a Facebook page of the same name, where I share vintage newsprint ads for horror and exploitation films. I also publish a quarterly fanzine called DRIVE-IN ASYLUM.