Alright everyone, get ready! We’re diving deep into the live action end of the pool. To be clear. This is a discussion of live action films based on an anime. Not ones based on manga, or ones where the anime came after. Sorry Battle Royale(2000) fans. It was a brilliant film, but there was no anime. I’m also going to do my best to avoid the discussion of whitewashing in film, and cultural appropriation. These are important topics that should not be footnotes in an article such as this. Likely there will be spoilers as well, so SPOILER WARNING! However, if you get mad because I spoiled the ending of Dragonball Evolution(2009) here….Nobody cares. It was awful.

Let’s go back. Back to 1995. 22 years ago a long running anime and manga series got a straight to VHS live action adaptation. Which one you ask? The brutal Fist of the North Star(1995)!

Man oh man. What can be said about this bad boy? How in the hell do you portray a protagonist in a post-apocalyptic wasteland that can literally make people explode by punching them? You throw in a cast of some of the most awesome actors of the time and hope everyone is so dazzled by them they don’t notice the train wreck of a story put to celluloid! Need another example of this line of thinking?

How about a series about a cool as ice A-Team type group that cleans up the city? You can contact them by writing “XYZ” on a blackboard at Shinjuku station. Yeah we’re talking about City Hunter(1993)! Sounds awesome right? Slam dunk of a film. Oh let’s throw in Jackie Chan too! Holy shit man, this is going to be the best film since God of Gamblers(1989)!

WHAT THE HELL WAS THAT!! Wait, was that Gary Daniels again? Maybe that’s the secret to a good adaptation. Don’t hire Gary Daniels! Seriously though, it was a fun film. Just don’t call it City Hunter. Don’t do it.

Fist of the North Star and City Hunter are fantastic lessons in adaptations. Whether you are adapting from a book, television show, comic, manga, anime, or whatever your source material, it is very difficult to maintain what it is that drew people to it in the first place. In this day and age there is no shortage of reboots and adaptations to choose from. Some do very well, some are complete failures.

The biggest challenge really, is figuring out how to fit hundreds of episodes of an anime into two hours of film. Look at Ghost in the Shell(2017). Really look at it though.

No. It is not a shot for shot remake of the original 1995 film. Would we want that anyway? Remember the Psycho(1998) remake? So if a shot for shot is out, then what? How about a condensed version of a particular story arc? Well unless you are planning a series of films you can’t really do that either. Since no one can tell how well a film will do, the filmmakers have to take a more “In the spirit of” approach. Then they can leave tantalizing tidbits about a possible sequel. That’s how the film will get made. It’s all about the money man. The ScarJo arguments aside, does Ghost in the Shell look like it captures the spirit of the series? Just judging from the trailer, I have reserved optimism. Until we all sit down and actually watch it, making judgements on it is premature. I’ll give it a chance.

So what if the filmmakers decide to ignore damn near most of the source material and completely revamp and reboot a series in film? There’s more than a few examples of this method. Dragonball Evolution is an easy target. How about Speed Racer(2008)? Or a more contemporary one, Death Note(2017).

Hoo boy this one hits hard for me. I was a huge fan of the original manga. I watched the anime both subbed and dubbed. There’s one more very important thing that sets Death Note apart from most every other live action adaptation. It’s already had a live action one done. Several actually!

I was fortunate enough to see the first two films in the theater thanks to Fathom Events. I love those guys! To be perfectly honest, these weren’t very good either. They did a great job of capturing the characters and events, but the acting was pretty lacking. Not even the amazing Takeshi Kaga could bring these all the way home. Still, for what they were, I enjoyed the hell out of them. Though, this was 2006. Things have changed since then. Let’s see shall we?

One thing you’ll notice about all of the films so far, the really terrible ones are Americanized versions. That doesn’t mean that Americans can’t make a good adaptation, but they haven’t figured out how to portray them in such a way that doesn’t alienate the fans. Look at Iron Man(2008). That was an amazing film for what it was! It can be done. However, what made an anime popular isn’t always easy to portray on film. I’m saving the big one for the end, but let’s look at a couple more anime live action films that may or may not have missed the mark. Hey, how about Attack on Titan(2015)?

This one was pretty well received. It kept closer to the source material than most adaptations, and the effects were pretty damn cool. There were two films and the ending left it open for more. There have been reports that Warner Brothers is negotiating for an American remake, so that’s a thing. I think one of the biggest positives that these films had going for them is actually the exact thing that’s been plaguing anime series’ lately, the one season curse. Fortunately AoT is getting a second season April 1st! When the films were being made though, there was only the manga and one season to go off of. Since the world and characters had such relatively little growth, it makes it easier to bring it to the big screen.

Nowadays it seems every series that was popular in any way is getting the live action movie makeover. Parasyte(2014), Black Butler(2014), even Assassination Classroom(2015)! Who in the hell saw that one coming!

While these are ok, there’s a couple that really stand out from the pack. One that already proven itself, and one still coming. Rurouni Kenshin(2012) is hands down one of the most brilliant adaptations ever attempted. Think I’m overselling it? Watch it for yourself. Even better, watch the entire anime first.

It truly encapsulates what the series was about yes it does. The action, the characters, this is an adaptation done right. They’ve beautifully captured the original spirit of the show. There’s even a sequel out there that’s worth a watch! Lofty praise for a fantastic film.

So where is this leading to? There is an upcoming film that I have a lot riding on. I almost don’t want to see it at all. I will, but I am going to be overly critical and heartbroken if it’s not done right. Which am I talking about?

FullMetal Alchemist(2017). How much has this franchise been through already? An epic manga series. An anime which got ahead of the manga and started going it’s own way. A sequel in an animated film. A completely rebooted anime with Brotherhood that stayed faithful to the manga. This was followed by another animated movie. There is a ridiculous amount of depth to the series. The characters, the story, the history of the world within. It is seriously one of the most beloved anime series out there.

So let’s have a serious talk about live action adaptations. If you didn’t watch the Fullmetal series, turn back now, major spoilers ahead!

First off. I’m pretty forgiving in these kinds of situations, as I’m sure you’ve noticed. The actors may not be precisely as they appear in the series. How in the hell would you find ANYONE that can even remotely pull off Major Armstrong? Edward and Alphonse. Well one needs to be shorter, and the other is a suit of armor. Pretty easy there. Colonel Mustang? That’s a tough one too. The look is easy enough, but it’s an incredibly nuanced character. That will take some acting chops. Winry, another complex character. Hawkeye? Lust? Father? Greed? Kimblee? You’re damn right I want to see The Crimson Alchemist on screen! The point is, this is a huge cast of characters with distinct personalities and have incredibly awesome abilities.

So let’s assume they nail the casting. The alchemy and automail would be another hurdle. From the trailer though, I’m not too worried on that point.

The story. The producers have said they are staying true to the original story. The manga I believe. Cool. Simple enough. There’s what? 27 volumes? So this is going to be about a 10 hour movie right? Oh it’s not? Uh-oh. Well maybe they will lean more heavily on the animes. There is a total of 115 episodes between both series. So that’s about 57 or so hours of material. Add another 4 hours for the movies. How in the world are they planning on slamming so much into so little??

Bearing all this in mind, we’re going to have to be very forgiving of this one. There are exactly two things that I know I am going to have a problem with. Maes Hughes and Shou Tucker. These characters provide some of the most heart wrenching moments of the series. The question for me is whether to include them at all. If you can’t do those storylines justice, don’t half-ass it. Just cut it. I guess we’ll find out the direction the filmmakers go in December!

Obviously I have strong feelings about FullMetal. How about you guys? Did I miss one you feel just as passionately about? Are you willing to give Ghost in the Shell a chance? Do you think I’m totally full of crap? Let me know in the comments below!

A wish list of animes that would make awesome live action films:

Animes that would need around twenty or thirty films to even come close to the source material:

and so many more! 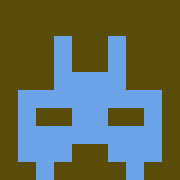 Through The Techades: A Look At The Nokia N-Gage

The Outre Eye of Daniel XIII Focuses On: Violence in a Women’s Prison (1982) and more!!!

5 Tips to playing foosball for the first time

5 Tips to finding out information on the latest games