The Friday the 13th films are like cinematic junk food. They’re not the kind of films that make a profound statement on the human condition or provoke a lot of intelligent discussion. Guess what? They’re just plain fun and can’t be faulted for that. Yes, the series has been formulaic, with later entries being ridiculous (Jason X for example), but it’s all part of the charm. Additionally, the series isn’t pretentious, mean spirited, and lacking in fun like the Saw series is. You can watch a Friday the 13th film any day of the year (a Friday the 13th works best, though) and always be entertained by Jason killing dumb and horny teenagers in creative ways.

Although the series is beloved by a lot of horror fans and is a staple of the slasher subgenre, critics have never been too fond of it. Not a single entry in the series has a “fresh” rating on the critics review aggregator website, Rotten Tomatoes. The only two that come close are the original Friday the 13th (58%) and its sequel, Friday the 13th Part VI: Jason Lives (52%). Although the original has been dismissed as merely “cashing in” on the success that Halloween had in the late 70’s, it’s still a fun and memorable slasher film in its own right. The sequels themselves are fun too, even though the quality of some of the later ones is lacking.

Jason Lives is an anomaly in the sense that it received more critical praise than any of the other sequels did in the series. What makes it stand out is that it has great atmosphere, great dark humour, great music (Alice Cooper rules!), and the fact that it serves as the end of the “Tommy Jarvis” trilogy (as I like to call it). Tommy was terrorized by Jason as kid in The Final Chapter (Part 4), had to deal with the psychological effects of it (and a Jason imposter) in A New Beginning (Part 5), and in Jason Lives (Part 6), he’s out to end Jason once and for all and move on with his life. They raised the stakes in Jason Lives, and the final product is a film that’s thoroughly tense and entertaining and one that manages to retain the cheesy charm that the series is known for.

In addition to being the conclusion of the “Tommy Jarvis” trilogy, Jason Lives marks a transition in the series from “human Jason” to “zombie Jason.” Is it ridiculous? Absolutely, but it was a cool (and somehow logical?) way to bring him back, especially having the lightning bolt reanimate his corpse. It’s a cool and respectful nod to Frankenstein from writer and director, Tom McLoughlin. And speaking of past horror, the film’s atmosphere and overall look is reminiscent of the Hammer Horror films of the 50’s and 60’s. It works because of the transition the series makes into the supernatural. The supernatural elements blend together well with the slasher formula that Jason Lives sticks to and make him that much more unstoppable. If sharp objects, guns, and fire won’t stop him, then what will? Eh, poor box office returns I suppose.

What about Tommy Jarvis himself and all the other characters destined to meet a gruesome demise? Well, they act just like how you’d expect. The teen characters serve a purpose, being dumb and obnoxious (and brutally killed), and the police serve a purpose, being skeptical of Tommy and pinning the blame on him when the bodies pile up (and brutally killed). Also, you have those company executives playing paintball, the old grave keeper, and the couple in the woods who serve the best purpose, increasing Jason’s body count! Burt, the misogynistic company executive has one of the most comical and well deserving deaths the series has to offer. He’s only on-screen for about 45 seconds tops, but his over the top misogyny makes you hate him and wish that Jason would just get it over with, which he does of course! As for Tommy, Thom Matthews is convincing in the role. His fear and sense of urgency feel genuine throughout, and he’s given a lot more to do (not to mention say) than John Shepard was as Tommy in A New Beginning. He’s a great protagonist and his character development is strong. What about Megan, the film’s main girl? She’s great too thanks to a strong performance from Jennifer Cooke. She’s adorable, funny, and sympathetic towards Tommy when nobody else is, including her father, Sheriff Mike Garris (David Kagen). She could’ve easily been a throw away character that Jason kills, but she’s given a lot to do and rises to the occasion at the end when Tommy can’t quite do the job. That alone makes her one of the strongest and most memorable female protagonists in the series. And what about having actual kids at Camp Crystal Lake, um, I mean Camp Forest Green (it’s what they insist on calling it to silence the Jason legend)? It’s quite the anomaly, right?

Where Jason Lives really excels is with its dark and clever humour and its use of music. The humour itself is a little bit ahead of its time too because of the meta quality it has. Any weirdo in a mask spells trouble, dude! Some of the best humour comes from Megan and her interactions with Tommy, especially during the car chase bits. Tommy had to go down somewhere to keep out of sight! Hilarity also ensues when Megan’s friend Cort (Tom Fridley) decides to get some strange from Nikki (Darcy DeMoss) in her stepfather’s RV. Warning, casual encounters may result in the sudden appearance of Jason followed by a brutal and untimely death. The few songs from notorious shock rocker Alice Cooper fit in well despite “He’s Back (The Man Behind the Mask)” being gimmicky. The folks at New Line tried a similar approach a year later in 1987 with A Nightmare on Elm Street 3: Dream Warriors by including some Dokken songs. Harry Manfredini’s musical score also fits the mood of the film and is a huge improvement over his mediocre score for A New Beginning.

When it comes to sheer entertainment and execution, Jason Lives is perhaps the best entry the Friday the 13th series. Despite being rooted in its previously established formula, Tom McLoughlin and crew raise the stakes in this entry and end the Tommy Jarvis storyline on a satisfying and effective note. Personally, this is my most watched entry of the series and my absolute favorite Friday the 13th film too. Thirty years later, the charm and appeal of Jason Lives remains intact, and “He’s Back (The Man Behind the Mask)” remains the best (and only) Alice Cooper song about Jason Voorhees to date! 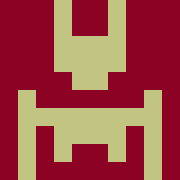